In the Eye Piece feature below, cinematographer Sebastian Winterø writes about collaborating with Miranda July on her latest feature Kajillionaire.

Kajillionaire is a completely unique story about seemingly weird — or at least very unfamiliar — characters, doing sort of weird things to each other. But it’s also a warm and beautiful story about life, and how we treat each other. It’s about being a parent, and how to raise a child. It’s about identity, and figuring out where and how to show love.

Those were the starting points of my conversations with director Miranda July about the visual language for the project. We wanted to identify and relate emotionally and loyally to Evan Rachel Wood’s lead, Old Dolio. But we also wanted to maintain a bit of distance, to observe all of the surreal happenings in the story.

Miranda and I started talking about this film very early, when she was still in
the final stages of writing the script, which turned out to be a huge advantage. I suspect we are both secretly fans of this elongated period of pre-prep, because this far away from production, you are still 100 percent free to dream and imagine and play around with ideas. Nothing has consequences yet, and you can take the storytelling anywhere and explore every imaginable idea before limited resources and logistics become a reality.

We would have long Skype sessions talking about how the characters felt at different moments, and how we could translate those feelings to the audience. I always feel that the biggest asset a storyteller has available is the mind of the audience. We want to tap into the imagination of the person listening to the story and activate those inner mechanics. We wanted to shoot how something feels, as opposed to how it looks.

One of the more elaborate visual ideas for Kajillionaire actually came directly out of this approach. It occurs a little more than halfway through the movie, when Old Dolio finds herself confronted with a choice that becomes a defining one. I won’t spoil the sequence, but it involved collapsing four scenes, almost ten script pages, into one single continuous take, hiding the crew in backyard dumpsters, rehearsing the action on location, and planning grading transitions and cued aperture pulls. 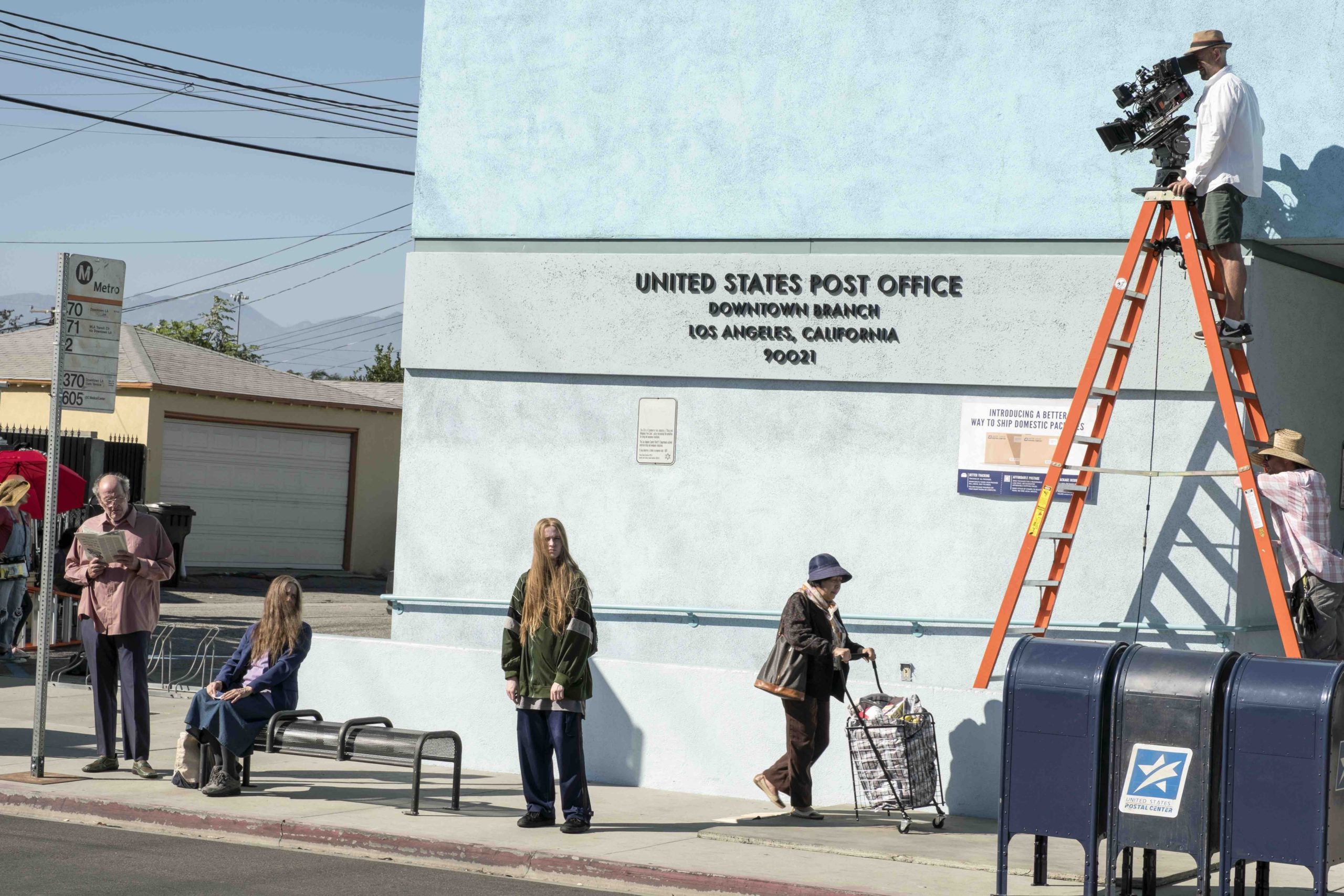 Cinematographer Sebastian Wintero (R) on the set of Kajillionaire. Photos by Matt Kennedy

We came up with this idea pretty early on, and because we introduced it to ourselves in the carefree time before real prep, we were much more open to it than we would have been three weeks before shooting.

Another fun conceptual idea: We employed long grading transitions, sometimes running 20 seconds or longer. A shot could start out looking a certain way, and then, during the take, we would gradually introduce saturation or hue, contrast, or windows of lighter or darker areas. We wanted to comment on a character’s state of mind, or change of mind —the way you sometimes do with music. The transitions were long enough that the subtlety of the change would only be visible should you compare the first and last frames of the shot.

For particular scenes we would use a practical light gag: old-fashioned shutters mounted on our HMI light sources, DMX programmed to close or open slowly during a take. But also, once we were in post-production in the final color timing with the sound mix and music, we would allow ourselves to try similar visual cues. But this time it was achieved as a grade. Almost everyone on the crew came up with ideas for Kajillionaire, which makes me grateful, because it means the shooting environment was comfortable enough to encourage everyone to contribute.

Kajillionaire, directed by Miranda July, is now open in theaters.