Here’s What the Real Herman Knippenberg Thinks of The Serpent


Herman Knippenberg, the Dutch diplomat who went out of his way to investigate murders committed by convicted killer and notorious conman Charles Sobhraj in the 1970s, has been forever immortalized in BBC One and Netflix’s The Serpent.

In the eight-part limited series, which follows the true story of Knippenberg’s tireless work to bring Sobhraj to justice and find answers for his victims’ families, the Dutchman is played by actor Billy Howle. But the real Knippenberg is still alive and well today, and you may be wondering — what does he think about the story of his life going to Netflix’s Top 10 most-watched titles this week?

Also Read: The Serpent: Where Is the Real Life Marie-Andree Leclerc Now?

“I think that Billy Howle did a fantastic job. It was so real at times, some of the scenes I saw,” Knippenberg told ITV’s talk show Loose Women of the limited series, which debuted first on BBC One in January before landing on Netflix in April. 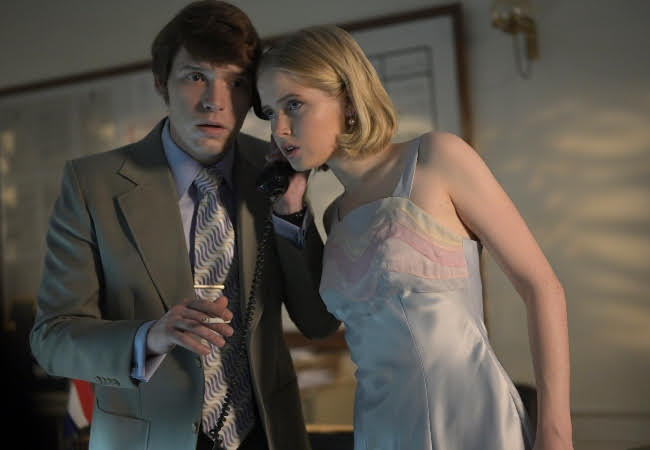 Billy Howle and Ellie Bamber as Herman and Angela Knippenberg in The Serpent, courtesy of Netflix.

Knippenberg said The Serpent is so accurate that he started to mix it up with his own memories of the events. Fans of the show will know that he was extremely hands-on with the Sobhraj investigation, and that bringing Sobhraj to justice became his life’s work.

“I was gripped, myself, and had to make up my mind whether indeed it was as Billy Howle played it or as I had experienced it,” Knippenberg added. “It came dangerously close.”

Also Read: The Serpent Made Up One Character Who Didn’t Exist in Real Life

He and Howle did get a chance to meet in real life, and according to the actor, the two got along quite well.

“I’d spoken to Herman previously on the phone and actually I felt I knew him quite well from watching a lot of his interviews and reading up on him, but I was quite apprehensive to meet the real man, having done all the research and preparation that I had,” Howle told the BBC.

And then Herman did the most Herman thing ever.

“Herman being Herman, he turned up on set before everyone else and was ready and waiting to see what this day of filming had on offer,” Howle said. “I was blown away by how pleased he was with how the story was being approached and how we were telling it, and particularly the work I was doing. That was incredibly flattering. I didn’t want it to go to my head, but I feel like — if I need any sort of validation — it was from him, so that was a good feeling.”

The Serpent is now streaming on Netflix. This story was initially published on April 5, 2021 and has been updated.

Main Image: Billy Howle as Herman Knippenberg in BBC One and Netflix’s The Serpent.